Combat Stress, the leading charity for UK veterans’ mental health, has brought to our attention a recent announcement about housing for Veterans suffering from PTSD.

Veterans with mental health conditions including post-traumatic stress disorder would receive priority for social housing under new government proposals announced today. The measures include all applicants for social housing being asked if they have served in the Armed Forces to ensure Veterans get the help they are entitled to. Council staff would also receive extra training to provide veterans with the housing support they need.

“We welcome this consultation and are pleased with the government’s proposals for parity between those with physical health and mental health needs.

“The British Armed Forces play a critical role in securing the safety of our country and, for those who develop trauma-related mental health problems, we believe they deserve the best possible help. However, housing issues can act as a barrier to accessing treatment. In order to register with a GP and receive support, Veterans need to have accommodation.

“Our own research shows Veterans with mental health issues are at an increased risk of experiencing multiple deprivation. We hope the government follows through on these proposals to reduce that risk and improve Veterans’ quality of life.”

You can read more about the proposals on the government’s website. 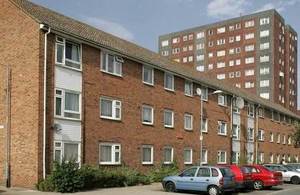 Some of the information to be found on the Government site is copied below:

Former service personnel suffering from PTSD or other mental illnesses will be prioritised for social housing under new proposals.

Former service personnel suffering from PTSD or other mental illnesses will be prioritised for social housing under proposals published for consultation by Communities Secretary Rt Hon James Brokenshire MP.

Today’s measures (9 January 2019) will also help people who divorce or separate from their partners in the Armed Forces by exempting them from rules requiring them to be a local resident before being given a property.

While the majority of military personnel transition successfully into civilian life, an overhaul of the system will also mean all applicants for social housing will be asked if they have served in the Forces at the outset of the process to ensure veterans get the help they are entitled to.

Council staff will also get extra training so they can give current and former Armed Forces personnel the housing support they need.

Since 2012, current and former service personnel have not had to be ‘resident’ in an area to get access to a social home for their families, as part of our commitment to the Armed Forces Covenant.

We have a duty to ensure our heroic military personnel get the support they need when applying for a social home.

We want to see that applying for social property should not be a challenge in the transition from military service to civilian life.

These new measures are part of our continuing commitment to the Armed Forces Covenant.

An 8-week consultation on the new rules starts today.

Under the proposals, those with Post Traumatic Stress Disorder and other mental illnesses could be treated in the same way as those with physical injuries, and get the priority they deserve.

People who split from their partner in the Forces are made to move out of military accommodation and can be denied social housing because they have “not been resident in the area for long enough”.

They may not be willing or able to settle in the district where their military spouse or partner is stationed, particularly if they have been the victim of domestic abuse.

Some councils already support people in this situation but government is consulting on publishing new guidance which will encourage councils to waive the residency rules.

The government introduced protections in 2012 to ensure that members of the Armed Forces community are not disadvantaged in accessing social housing because of the requirements of military life.

The law was changed so that seriously injured and disabled service personnel, and former members of the Armed Forces, with urgent housing needs are always given high priority for social housing.

At the same time we introduced regulations to ensure that serving personnel and those who are recently discharged do not lose their qualification rights because of the necessity to move from base to base.

The government’s ambitious and targeted £9 billion affordable homes programme will deliver 250,000 homes by March 2022, including homes for social rent.

We are Combat Stress. The UK’s leading charity for veterans’ mental health.

Today, we provide our life-changing treatment to veterans from every service and every conflict. On the phone and online. In the community and at our specialist centres.

When a veteran asks for our help, we develop a programme of treatment and support to meet their individual needs. From an hour a week at a peer support group meeting close to home to our six-week residential PTSD treatment programme at one of our specialist centres, together we work out the right support.

We know that invisible injuries can be just as hard to cope with as physical ones. Our services help veterans cope with the present, tackle the past and take on the future. Some may find using just one of our services will transform their lives, others may need more to start living again. But our expert team will be there to help every step of the way.

If you would like to get in touch with us about any of our services, or contact a specific department or member of staff, please email

To call our head office or one of our treatment centres, please use the numbers below

Comments on Veterans with PTSD could receive housing priority