The Legion has introduced two new Poppies this year in an attempt to pique people’s interest. Like new stamps or limited edition coins, the new designs will be quite limited and it is hoped that contributors will be rewarded in some small way by finding that they have drawn a “special”. However, is it all good news? 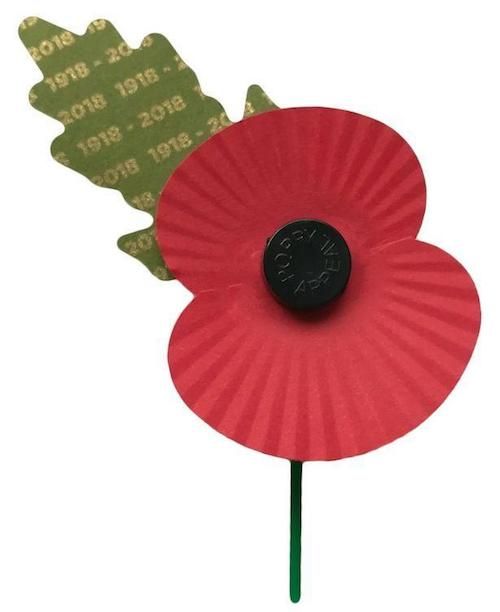 One of the new designs has a leaf with 1918 – 2018 printed on it. Which seems very reasonable. After all, the 100th anniversary of Armistice day is something to commemorate for so many reasons.

The other new design raises some questions, however. It is made of Khadi, a form of linen Mr. Gandhi preferred for his clothes. The intent is for the Khadi Poppy to act as a reminder of the sacrifice the Indian nation made in the Great War. Some 75,000 Indian troops were killed and many more wounded as part of their overall contribution as a member of the British Empire at the time. Of the 130,000 who served in France and Belgium, 9,000 were killed. 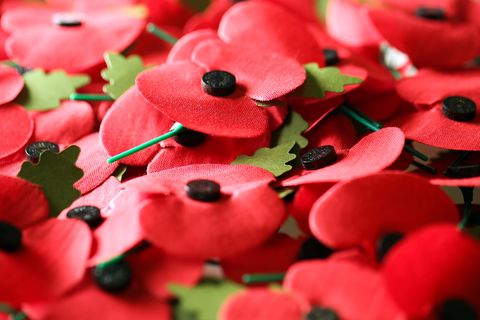 The contribution by the Indian army in the global war of 1914 – 18 was immense. Over one million served outside India and by 1918 over 1.3 million had volunteered for active and non-combat service. The Indian Army dispatched seven Expeditionary Forces in support of Britain’s strategic interests and concerns, ranging from protecting the Navy’s oil supplies in Iraq to supporting the Gallipoli campaign, from fighting Bolsheviks in Russia to operations in China. As General Auchinleck, Commander-in-Chief of the Indian Army from 1942, said of the Indian contribution in the two world wars: the British “couldn’t have come through both wars if they hadn’t had the Indian Army“.

So why the question mark over the Khadi Poppy? Well, it is because the Poppy, although strongly associated with WW1, stands as a reminder of all soldiers who fought in all wars. Think of the Poppy and you think of Flanders Fields and those remarkably lovely war cemeteries maintained by the Commonwealth War graves commission. And therein lies the clue to the problem with the Khadi Poppy. The important word is “Commonwealth”. Soldiers from many nations fought together under the overall command of Britain and tens of thousands are buried in those cemeteries, regardless of rank, race or religion. None of those things are very important in the big scheme of things; what was more important is that we remember their service.

Introducing a Poppy specifically aimed at separating out one or other nation in that struggle is a shame for it starts to divide both the soldiers who died, but also our own community today. Should the descendant of an Indian soldier who fought and died in the Great War now feel let down if they do not specifically get a Khadi Poppy? Should someone of South African or West Indian descent feel aggrieved that there are no special tributes to their forebears? They fought together and, in so many cases, died together. Why start to separate them 100 years later?

In India itself, there has, in recent years, been a growing desire to commemorate soldiers who died in the Great War. An article in the Times of India began with the words:

“Delhiites on Sunday joined millions in Britain and the Commonwealth in remembering those who fell in the two world wars and other conflicts, on Remembrance Day”

The article then quoted the words of the Assistant Chaplain of the British Army speaking at a service in New Delhi:

“Today it is recognised that in a battle a soldier is not so much concerned about the president, king or emperor, than in being a good and trusted colleague to those with whom he shares the privations and danger of battle. A soldier is not concerned about flags and generals, he is fixated on not letting his comrades down.”

The one Poppy stands for all who fought and died in the war. Please let it remain that way.

Images of Poppies: The British Legion.  Quote from the Times of India.

Comments on “New” poppies? With what purpose?

There are 2 comments on “New” poppies? With what purpose?

Earth’s got a new ‘moon’ – here’s what to expect

Quantum internet: the next global network is already being laid

RAF flies the flag on US Exercise