As the drama of the build-up to the 100th Anniversary of the end of the Great War recedes, it is important that we do not forget the men who died for this country. TMT would ask people to submit names and photographs of men who they feel will be forgotten unless an effort is made to record them for posterity. They might be people who lived a quiet life and who now have no living relatives or a relative who died as a very young man and who might now be slipping from family memories. The reason does not matter; if you send them in we will add their names and photographs to this article and keep it going for as long as this site is active. After that, we will try to ensure the names are sent to the Imperial War Museum as a record of people who should not be forgotten.

His headstone bears the inscription; “True To God & His Country; He Died Leading His Men Into Action R.I.P.”

William had been sent to England as a boy, while his parents were in the Far East. He and his younger brother, who was about to go to France when the War ended, had hardly seen their parents since they were about 12 years old. He died leading an assault against the German lines at Lievin which was captured by the British that April. Although no-one knows exactly how or when he died, it is assumed a shell hit a group of men in the open and that he was one of them. Their remains were discovered sometime after the assault had gone through.

His only brother had three daughters, none of whom knew much about William and his story until this photograph emerged of him in a family photograph collection.

Lievin Cemetery is in the outskirts of a small town of that name. It was captured by the Canadian Corps on 14th April 1917 and remained in British hands until the end of the war. The Extension was made after the Armistice by the concentration of graves from the battlefields North and South of Lens and from a number of smaller cemeteries. There are now some 700 graves at the site, with some dating from the 39-45 war as well.  Half of the 14-18 War burials are of unidentified soldiers. 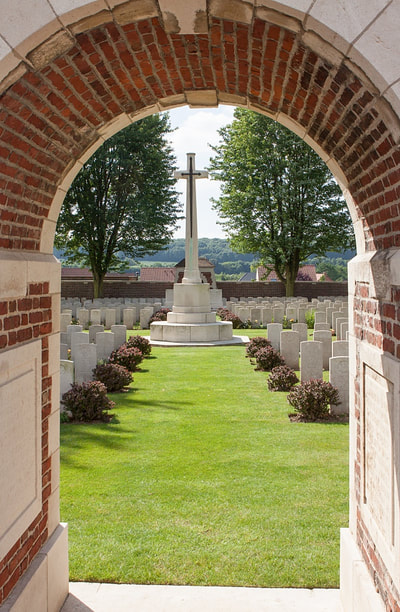 Comments on We must not forget these men

There is 1 comment on We must not forget these men

Impact of Coronavirus (COVID-19) on RAF Display Teams in 2020

£195 million package to help sport and physical activity through coronavirus