The question of the hard border between Northern Ireland and the Irish Republic has been the main sticking point in Brexit for some time now. It emerged well after the initial talks about leaving began, back in the day, and, together with the more recent attempt by Spain to claw back control of Gibraltar as part of any withdrawal agreement, was never part of the original criteria for the departure of the UK from the EU.

To that extent, therefore, British negotiators, as well as the British People, are entitled to feel somewhat aggrieved about the way the Europeans have moved the goalposts and, at the insistence of the Irish, demanded the inclusion of the now infamous “Backstop” clause that requires Northern Ireland to be considered as part of Europe until a final Brexit deal is struck.

There is, however, another reason we should be concerned about the way in which the backstop has been justified. We are often told by the likes of Mr Blair, as well as nameless and faceless European bureaucrats, that it is essential to maintain the concept of one Ireland that emerged from the Good Friday Agreement, and which involved a commitment to the removal of barriers between the North and South.

Given the problems that were created by the border, and the opportunities for criminal and other related activities that arise wherever such demarcation lines exist, it seemed to make good sense. And for a time it has worked well. However, by invoking the terms of the Good Friday Agreement, many seem to be threatening the UK with a possible return to the bad old days of violent Irish nationalism and terror. Is this really want they believe will happen?

It seems that they are implying that the Irish are a people who are simply waiting for any old excuse to start up the Troubles all over again. For example, Mr Schinas, someone who you might not have heard of, (but who is, in fact, a Europe Commission spokesman who has spent his entire career in the European Commission), has just stated:

“If you like to push me on what might happen in a no-deal scenario in Ireland, I think it’s pretty obvious, you will have a hard Border. Our commitment to the Good Friday Agreement and everything that we have been doing for years with our tools, instruments and programmes will have to take inevitably into account this fact. So, of course, we are for peace, of course, we stand behind the Good Friday Agreement, but that’s what a no-deal scenario would entail.”

In other words, he is saying that if there is a “hard Brexit”, there will have to be a “hard border”, and a “hard border” means an end to the Good Friday Agreement and, therefore, an end to peace between the North and South. Thank you Mr Schinas.

Related Article: The Government plans for a no-deal Brexit

Who are these Europeans who now claim to have been the upholders, in some form or other, of peace in Ireland?  And how do they have the ability to start raising the prospect of a new wave of unrest in order to threaten the UK into accepting their terms? Though, to be fair to Mr Schinas’ comments were in part an attempt to make it clear to the Irish Government that there might be a price to pay for sticking to their guns on the Backstop arrangement. In effect, he was saying that if you do not think about relaxing your demands, then be careful what you ask for as you might force a Hard Brexit with all that that entails in terms of the setting up of a hard border.

In fact, there is, as has been noted by many, no real need for any sort of border regulations between North and South. The UK has no intention (it seems) of setting up controls – and according to Irish statements, they are also not contemplating actually doing so. So where is the problem?

All sorts of VAT and related checks can be carried out electronically as they are today.  The other “routine” issue is that of criminality – but again, unless there are major differences between prices in the North and South, that issue is going to be no more of a problem that it is at present. The third item on the list is security, and there we have to be very honest about what might change and whether it might lead to increased threats to the UK.

Today, as the UK is not part of the Schengen area, you cannot travel from the UK to Europe (or back), without showing a passport or valid ID. However, neither is Ireland in the Schengen Area.  Within the island of Ireland, there is a Common Travel Area with passport-free travel between Southern Ireland and the UK, as well as the three British Crown Dependencies of Jersey, Guernsey and the Isle of Man, which are also outside the European Union. 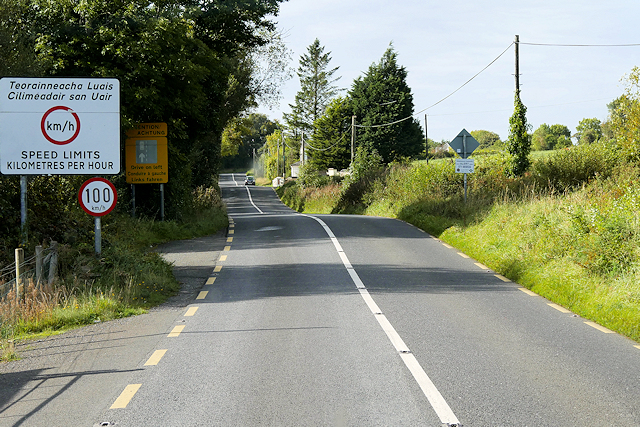 Today, therefore, you do not need to show a passport to get on a ferry (for example), to Northern Ireland from England. And then you can go to the South freely and again without a passport. Conversely, someone in France could, say, fly to Southern Ireland, go through the somewhat informal checks upon landing, and then drive and ferry to anywhere in the UK. So what would change?

The answer has to be “not a lot” unless some bureaucrat or Euro-politician wants to make it unnecessarily difficult in order to make a point about Brexit. If the Europeans want to throw the Brits out of the pan-European effort to fight crime and terror, then there could conceivably be a reduction in liaison between the UK and Ireland which might give rise to a greater threat of that sort of activity. But, like the border issue, this would only arise if politicians (or those un-elected European bureaucrats), decided that they wanted to “punish” the UK in this way.

And let us be in no doubt about a major reason for wanting to keep those borders open: trade. A large proportion (almost 14%) of Irish exports come to the UK, worth over £20bn. But the UK exports considerably more (some £34bn, or about 5% of UK trade) to Southern Ireland, which is why we also want to keep the borders open and trade flowing across it. That is also why the Irish premier might be starting to sound a little more conciliatory as we approach the prospect of a No-Deal Exit with all that entails in terms of a diminution of trade between the two countries.

From the perspective of many TMT readers, and especially those who served in Northern Ireland, to watch European politicians riding in on the bandwagon of the Good Friday Agreement must be somewhat galling; people such as Schinas, or others of his ilk, a Greek national who possibly had minimal interest in the subject till it became a useful political football. Few of them will truly understand the sacrifices made by so many people in Northern Ireland as well as the Forces. So to hear them even suggesting we might return to the old times if we, the UK, do not tow the European party-line, just seems very irresponsible in so many ways.

Comments on That tricky Irish-border problem

There are 5 comments on That tricky Irish-border problem