The title is our link to the Military!  This article brings the facts on eggs up to date and is published in response to requests that we provide some information about simple diets that might benefit those on lower incomes or who are struggling to cope with achieving a balanced nutritional input. The Military Times has absolutely no links with the egg-production industry in this country or elsewhere.

It is also untrue that, as ex-military types, the culinary skills of the staff at TMT are entirely limited to boiling an egg. We can also open (and heat) tins of beans! 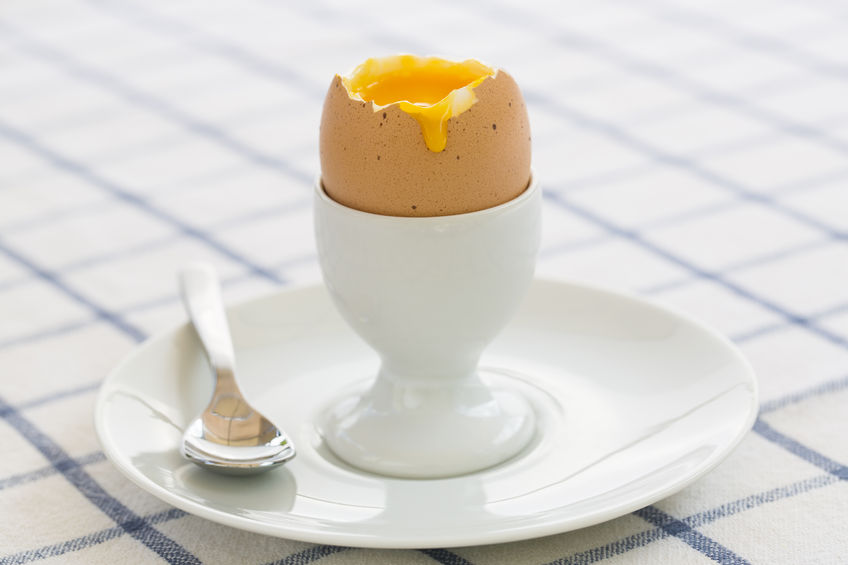 The Food Standards Agency (FSA) has revised its recommendation around eggs for vulnerable groups. This now states that infants, children, pregnant women and elderly people can safely eat raw or lightly cooked eggs that are produced under the British Lion Code of Practice.

Many of us are likely to remember the public outcry over the egg and Salmonella crisis. It is around 30 years since Edwina Currie made her infamous statement around the high level of eggs infected with Salmonella in the UK.

The FSA previously had long-standing advice that vulnerable groups should avoid raw egg (for example in a home-made mayonnaise) or lightly cooked eggs (as in a soft boiled). But a report by the Government food safety advisors has concluded that British Lion eggs can safely be eaten runny, even by pregnant women, young children and elderly people. And the FSA has now announced a change to its advice.

How did this change come about?
In 2015, the FSA sought the advice of the Advisory Committee on the Microbiological Safety of Food (ACMSF) on whether the risk to consumers (including vulnerable groups) from eating lightly cooked or raw eggs has changed since the Committee reviewed the subject of Salmonella in eggs in detail in 2001. ACMSF is a scientific advisory committee that provides the Food Standards Agency with independent advice. This helps the Agency ensure that its advice in relation to the microbiological safety of food is based on sound science.

The report acknowledged the significant efforts undertaken to reduce Salmonella in laying hens, which has made a significant impact in reducing the levels of Salmonella infections in humans. The group agreed that there had been a major reduction in the microbiological risk from Salmonella from UK hens’ eggs since the 2001 report, especially in relation to eggs produced under the British Lion Code of Practice.

The group therefore suggested that the risk level from hens’ eggs produced under such schemes can be regarded as very low, whilst for other eggs the risk level should be considered low. They further suggested that the FSA’s advice to consumers should be amended for hens’ eggs produced under the Lion Code scheme to reflect that such eggs can be served raw or lightly cooked even to vulnerable groups including pregnant women, the young and elderly, in both domestic and commercial settings. However this recommendation is not intended to include severely immunocompromised individuals such as those who are undergoing transplant treatment. There is also agreement that the former FSA advice should remain for UK eggs not produced under the Lion Quality mark (or equivalent) and non UK eggs, as well as non-hens’ eggs (e.g. duck, goose, quail). For such eggs, the advice is still that vulnerable groups should not consume these eggs raw or lightly cooked.

What is the Lion Code for eggs?
The Lion Code is the British Lion Quality mark, a registered trademark that can only be used by on eggs which have been produced in accordance with UK and EU law and the British Lion Quality Code of Practice. This scheme includes compulsory vaccination against Salmonella of all pullets destined for Lion egg-producing flocks, independent auditing, improved traceability of eggs and a ‘best-before’ date stamped on the shell and pack, as well as on-farm and packing station hygiene controls. Approximately 90% of UK eggs are now produced to British Lion Quality standards.

Nutrients in eggs include high quality protein, vitamin D, selenium, choline and omega-3 fatty acids. Many may delight to know that they can now enjoy a traditional soft-boiled egg again!

Article and images courtesy of:  https://www.nutrition.org.uk