Christmas is not a particularly spooky time of the year – but it is, of course, the season when copies of A Christmas Carol are dusted off and read, so there is a ghostly connection in there somewhere!

Phantoms and ghosts are still not easily explained by modern science (some might say thank goodness for that), but many would accept that they are often associated with events of great emotional or spiritual energy or importance: a murder or sudden death, for example. On the scale of “emotional” energy, war and fighting must rank well up there and so it is perhaps not that surprising that there are many stories of ghosts associated with battles where many people have lost their lives in violent and painful circumstances, and in great numbers, within a relatively small geographical area.

The sorts of a phenomenon described frequently fall into the “simple” apparition category, where someone sees a shape they assume to be human but do not approach and cannot hear or sense other than as a vague form. However, at the other extreme, there are many accounts of what seem to have been ghostly interventions on a far more physical level, with phantom figures actually operating equipment including weapons, and interacting with many people around them over a period of several hours, before simply vanishing. In such cases it becomes hard, not to say impossible, for the events to be explained away as the result of “one drink too many”, or someone being in a “highly emotional state of mind”.

One of the most extraordinary events was that of The White Cavalry in WW1. The British had been pounded hard by the Germans in and around Bethune, as the latter ramped up their spring offensive of 1918, and had had to pull some of their frontline troops back to rest and re-organise them after heavy losses. Contingents of Portuguese troops had just arrived to assist the Allies and were sent straight into the trenches without the usual acclimatisation needed to prepare them for the experience of trench warfare.

The Germans knew about the new troops and launched a particularly heavy artillery barrage against that sector of the line before sending over a series of storm-troop battalions to get their offensive under way. The Portuguese broke (as indeed any fresh troops would have done under the circumstances), and a rout ensued. The British troops either side had to move quickly to try to stem the incoming rush of Germans and many of them were sent through Bethune to meet the attackers head-on. The Germans reacted quickly and subjected the town to intense shelling which went on for some time, causing huge losses of both soldiers and civilians who could not be evacuated in time.

Then, just as the British managed to check the advance, using machine-gun and rifle fire, the German barrage on and around Bethune lifted and instead concentrated on the open ground behind the town. To the relief, but also growing puzzlement, of the British, there was no visible target and yet the guns continued to rain shells on the unoccupied terrain for some time, churning the soil for no apparent military purpose.

What then followed amazed the thousands of watching Tommie’s: the Germans, again for no apparent reason, simply broke off the attack and ran back to their lines as fast as they could, some with a look of sheer terror on their faces. In the process, many dropped their weapons and equipment and were subsequently rounded up by the bemused British.

The prisoners were questioned about what had caused them to break and run when they seemed on the point of breaking through the British lines. They all told the same story, which is one of the most extraordinary of its type. They described an army of white-uniformed cavalry mounted on white horses that appeared from the land behind Bethune. This had caused the artillery to shift their fire in an attempt to stop this unforeseen counter-attack.  However, although the shells burst right amongst the horses, none seemed to be affected and the charge kept coming on. It was led by a man with such a stern countenance that everyone, including the officers, ran for their lives. One officer told the British that it was at that moment that he realized that Germany would never win the war.

The British never saw a single horseman and so could not comment on the apparition other than to agree it had possibly saved the day and their lives.  A nurse, to whom one investigator spoke after the war, told of how she had treated many wounded Germans who had seen the horses. That evening she looked out across the plains of northern France and Belgium and in the dying sunlight saw a mass of mounted troops moving south-west back into France. No-one has seen them since.

Apparitions of a large number of troops on the march have been recorded in a number of locations around the world, on islands in the Mediterranean, on Hawaii and also in Scotland. In the latter case, people in a modern housing estate heard tramping of feet and the jingling of equipment that went on for hours. They also heard voices that spoke in a language not known to any locals. After researching the area, it was discovered that the estate had been built on the site of a Roman transit camp. Some believe that the troops were, in fact, the ghostly signatures of the ill-fated 9th Legion that marched into Scotland and was never seen or heard of again. 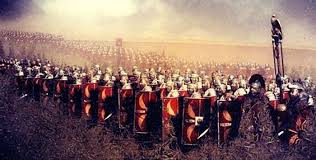 Physical interaction with phantoms is not that uncommon. In the case of the Hawaiian marching troops, it is said that anyone caught in the line of march will die – and indeed cases of such deaths have been recorded. However, others have seen people in the middle of such events who later report not having heard or seen anything.

A lorry driver in the US Army in the Italian campaign of WW2 was sent forward with supplies to a replenish stocks. He lost his way, and he and his co-driver had to decide whether to ignore a sign warning that they were about to cross a very dangerous spot. They stopped next to a GI sitting on the edge of what was a wide-open expanse of fields and asked him what was going on. He told them that if they went over the slight ridge ahead, a couple of 88mm guns would finish them off in double-quick time. They decided to reverse back and, as they did so, looked out to thank the GI. He was nowhere to be seen and could not have moved out of sight; the land was totally open and there was nowhere for him to have hidden. He had literally vanished.

In an even more extreme case, a congregation of settlers in early America were attacked by local Indians. The Rector tried to rally the people, but panic set in and they were about to be slaughtered when an elderly man in antiquated clothes appeared from nowhere and took charge. He showed them how to load and fire an old cannon that the settlement had been given and then led a charge to see-off their assailants. The attack was a success, but when the people turned to the man to thank him for his help, he had simply disappeared. Again, there was no-where for him to have gone and he had been seen only seconds before.

There have been many reports of soldiers, sailors and airmen returning home to say goodbye to their families after their recorded deaths in action. In a number of cases, several other people confirmed they had seen the apparition walking up to a house before being welcomed inside by the occupants. In some cases, the ghost has appeared next to a bed at night and then quietly faded away, but some incidents involved the ghost asking a member of the family to do something specific such as to tell others of their death. In some cases, they have actually given physical objects to the astonished family member or friend. 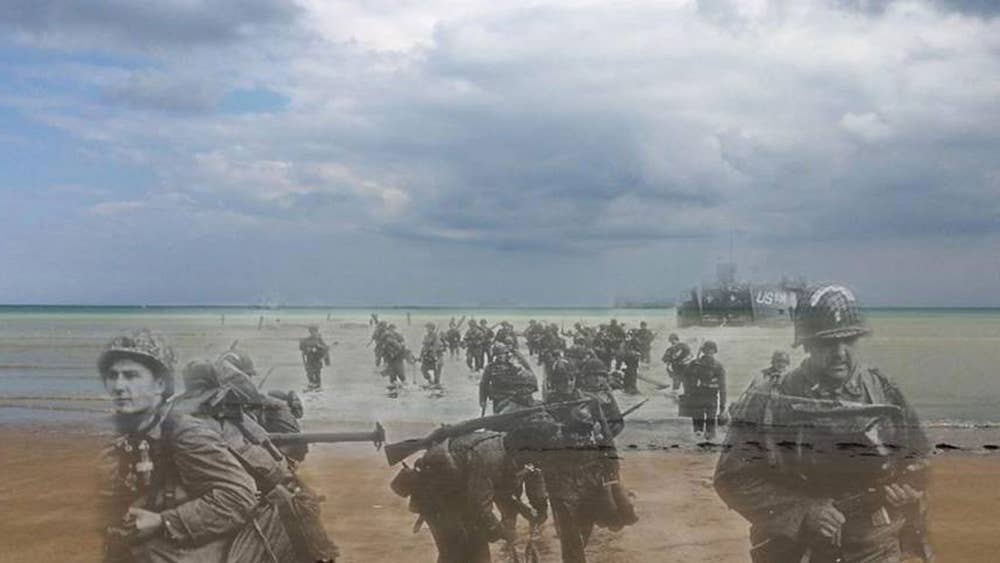 The author has experienced some very strange events. In one case in Berlin in the 1980s he was running an exercise which involved setting up a defensive position in some woods at night. At about 0200hr two corporals rushed to the CV and asked him to go and look at what was going on in the woods in front of a night-sight trained along a wide path. The author saw nothing, but all present -including two senior-ranks, confirmed they had been watching hundreds of naked people walking towards them and then turning off about 50 yards away. In the morning there was no sign of footprints although it was a wet and muddy sort of place.

Were these the ghosts of victims of the Allied air-raids on the city? Or were they prisoners of the Nazi regime? No-one ever found out exactly what had happened that night. A similar incident took place in northern Germany in a building located inside a range-area; it had once been used to incarcerate senior German officers opposed to Hitler’s plans. A night observation exercise by troops about to deploy to Northern Ireland in the early 1980s used the building as their “target”. They were astonished to see dozens of naked people coming and going in the windows of the otherwise deserted building. Again, no explanation was forthcoming, and indeed the matter was quietly dropped as the only rational explanation raised too many awkward questions!

Airfields have been another favourite place for apparitions to manifest. There are literally dozens of reports of aircrew walking across airfields, seemingly too distracted to even acknowledge the greetings of their friends. In many cases, those friends did not even know they were looking at a ghost as the losses after a night raid had not been fully collated and reported.  In the shipping world, submarines seem to have attracted some of the most startling and frightening manifestations, and indeed this topic alone could form the basis of a book. Perhaps it is a result of the extremes of fear that are felt by the crew of a sub as it is attacked.

But submarine-related incidents are certainly not all bad: one involved an RN submarine-skipper seeing an old mate whose sub had gone missing a few weeks earlier. Relieved to see the other vessel on the surface with his old friend waving to him, the commander ordered his own sub to halt and surface, only to see nothing when he emerged from the hatch in the conning-tower.  They were about to go below and resume their patrol when they spotted two mines dead ahead which they would have almost certainly hit; they were located exactly where the ghostly submarine had been seen.

Do write to us with any ghostly stories that you might know about and we will bring them together and publish them.

We apologise for the earlier version of this article which contained a number of literal errors. We have sorted the problem which seems to have led to an early draft being held on the system and appearing on the website. (Or it might be due to other, less-easily explained interventions by ghostly phenomenon!)

Impact of Coronavirus (COVID-19) on RAF Display Teams in 2020

£195 million package to help sport and physical activity through coronavirus